A harlequin shrimp (Hymenocera picts) in its coral home in the Lembeh Straits, Indonesia. They are found at coral reefs in the tropical Indian and Pacific oceans and can reach about 5 centimetres in length, live in pairs and feed exclusively on starfish, including crown-of-thorns (Acanthaster) starfish. It does seem to prefer smaller, more sedentary starfish, but as these generally are not sufficiently numerous for its needs, it commonly will attack Acanthaster, both reducing its consumption of coral while under attack, and killing it within a few days. 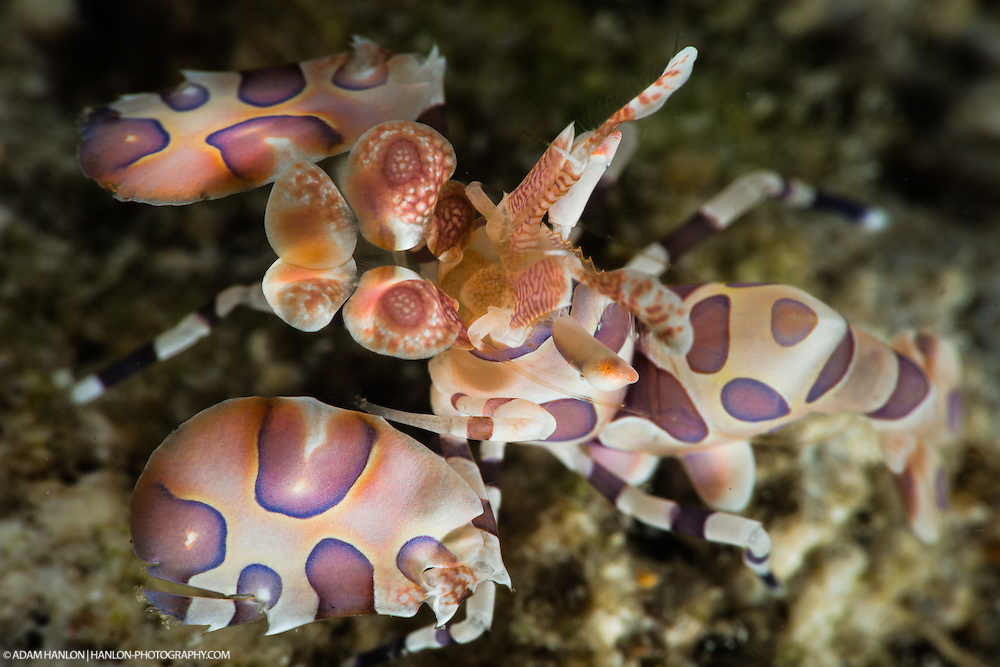